If you entrust your safety to a ride-sharing service, how do you really know who is driving you? The popularity of ride-sharing services like Lyft and Uber showed that they definitely found a market that had a demand for services—but the business models of companies like these don't require much investigation into the background of their drivers. Drivers are hired with little to no vetting process and that exposes riders to all sorts of dangers. If you're assaulted by your ride-sharing driver, is the company responsible? Here's what you should know.

There are laws that protect consumers from the intentional actions of employees.

The legal theory of respondeat superior makes employers legally responsible for the actions of their employees committed within the scope of their employment—even if those actions were intentionally wrong. This helps put a greater responsibility on companies to make sure that the employees they hire are responsible and safe.

However, there are legal questions about whether or not ride-sharing drivers are employees.

The question for many courts, however, is whether or not the ride-sharing drivers are actually employees or independent contractors, as the ride-sharing companies claim. The definition of an independent contractor is highly restrictive, and there have already been lawsuits that have sought to define ride-sharing drivers as employees. While it still remains to be seen how the situation will play out throughout the U.S., Uber drivers in at least one state—California—have been reclassified as employees based on the amount of control the company exerts over its driver's schedules and work activity.

In practical terms, that means that if you are assaulted by an Uber driver in California while he or she is on the clock, you probably have a good case for holding Uber responsible for the actions of its employee, but the results in other states may not be so clear. The reality is that the legal liability of each ride-sharing company is probably going to be tested in the upcoming months and years as incidents occur and lawsuits are filed.

Some precedent-setting lawsuits may end up being filed in Michigan.

Two incidents involving Uber drivers have recently occurred in the state of Michigan that may bring clarity to the situation if the victims try to seek compensation from the ride-sharing giant. In Detroit, an Uber driver stabbed a passenger he felt had "disrespected" his car. In Kalamazoo, an Uber driver was picking up and dropping off fares in between shooting victims in what police have described as a "rampage" that left six people dead and two more wounded.

While it's too early to tell how things may eventually settle out, legally, any lawsuits would likely test the boundaries of ride-sharing companies (Uber's, at least) for the actions of their riders, and they could set precedents that could then be used in other states.

If you're injured or assaulted by a ride-sharing driver, seek an attorney's advice.

If you're purposefully injured or assaulted by a ride-sharing driver, you need to seek an attorney's advice. Because the legal landscape of laws is rapidly shifting where ride-sharing is concerned, there may or may not be a precedent in your state to work with—but that doesn't necessarily mean you don't have a lawsuit. With any new service or enterprise that hits the market, there's usually a period of legal uncertainty as the courts decide how the laws apply to the new situation.

For more informaiton, talk to a lawyer at a law firm like Hornthal Riley Ellis & Maland LLP. 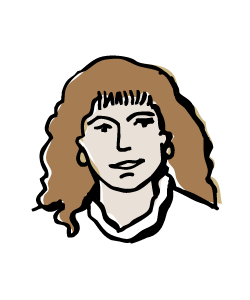